Trumpets of Zion has a Kingdom Vision

Trumpets of Zion has a Kingdom vision to prepare the way of the Lord, for the King of Kings to return and set up His Kingdom on the earth. Religion has always caused war, persecution and death. The soul of man loves religion that is why there is so much of it. But our spirits are only birthed and built by the Holy Spirit and the word of the Kingdom of God. This Kingdom is “the rest of God” that moves with His ease. Man must cease from his own works to enter this rest of moving with the governor of the Kingdom. The Kingdom is a heart Kingdom, inside out, and produces citizens of God-likeness. When the church moves in the purity and power of the Kingdom truths, then the Greater Glory destined for this time in history will come. That is when all things will be possible and the whole body of Christ will do great exploits on the earth. The Kingdom of God wants to come on the earth as it is in heaven. The church is to hold the keys to open the gates of heaven for the King of Glory to come in. Our Lord and Savior Jesus Christ.                                     Vince and Janee 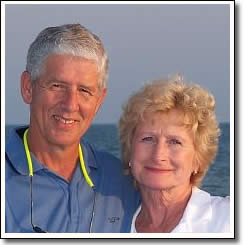 Vince is  a gifted teacher with wisdom and the fathers heart for people. He moves in gift of prophecy,healing, and intercession. He has under girded his wife’s ministry with great support and they complement each other as they move together in unity.

Janee is a gifted teacher and revivalist who flows in the Holy Spirit and in the prophetic. Her passion is to see the Body of Christ transformed into the full measure of the testimony of Christ Jesus on the earth today.

Janee was called of God in 1972 and taught by the Holy Ghost to minister His word with fire and anointing. She has taught many bible studies, written teaching manuals and prophetic messages, spoke at conference, wrote teachings in newspapers, ministered on radio, and pastored young singles. She began a discipleship/ministry school, training teachers and 1000 students.

Vince and Janee have 7 children and 19 grandchildren. They are both ordained in ministry. Vince is a retired facility manager for 20 years. Janee also is a retired registered R.N. Janee says her 12 years in nursing was a mission field. They now reside in Rockwall Texas.

In 2003 Janee made a 2 week missions trip to Brazil with Heidi Baker. Vince and Janee attended prophetic training in Oregon under Graham Cooke and Kim Clement. The same year they were called to start a discipleship missions church where they pastored Trumpets of Zion Church for 5 years.

Vince and Janee have ministered in Uganda and have planted a ministry in Kenya called Trumpets of Zion that is growing the body of Christ and planting churches. They both have a heart for Africa and wherever God might lead them. They presently are working to continue the itinerant discipleship and missions ministry with a vision for training leaders and pastors with Holy Ghost fire and love to equip and empower their people, their families, their churches and see a nation change toward Jesus Christ.