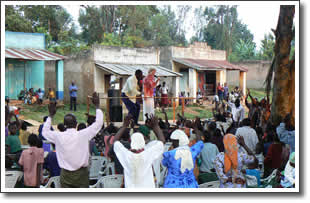 Vince and I spent 16 days in Kenya in August to continue moving with the Holy Spirit as He directs us to go. The precious people of Kenya are hungry for God’s word and the move of the Holy Spirit. We saw God open their vision to see who they are in Christ and what He has given them in Christ. We saw them step into the outpouring of the Spirit of God that is being poured out today on all who are hungering and thirsting after righteousness. Some saw visions in the seminars and we experienced His glory among us. In just the short time we were there you could see transformation happening before your eyes.

We participated in a wedding of 7 couples that are couples in the TOZ Bethel series school of leadership there in Ebuyangu. This was a real testimony to the community of covenant commitment with God and a prophetic message of how the Holy Spirit is making ready the bride of Christ. 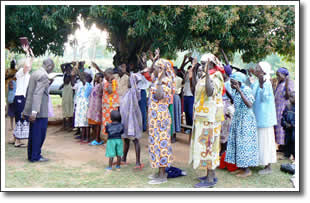 We also ministered the funeral of a 10-year-old boy who died as they were taking him to a hospital. It was held outside at the home of the parents. Seven people kneeled in the dirt outside the small grass roof house and were saved. One of the seven was the father of the deceased boy and two of these 7 were alcoholics who have since been attending the TOZ community church of Ebuyangu. At the end of the funeral service six came forward for healing. It was a glorious move of God and great day in heaven and earth. People are seeing lives healed and transformed. It is changing the community in many ways. What a great God we serve. We say, “Father your Kingdom Come Your will be done on earth as it is in heaven.” 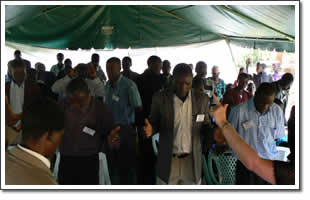 Some of the testimonies from the Bethel Series students reveal how the Lord is using the school to transform them. They say it is changing their preaching, changing their homes, changing their relationships, and changing their vision. Some say now they are more confident and can speak for the Lord. Others say, “We can fellowship now together, men and women, and minister one to another.” 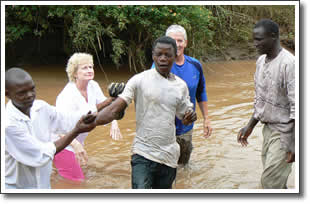 One of Seven That Were Baptized

In the time we were there we did leadership seminars, visited ministries of the students, and did open air crusades at night. We prayed for healing of many sick children. We witnessed several salvations and know many were healed. There were times when you could see the power of God come upon them and their countenance would completely change. We expect to hear testimonies in the days ahead. The first day of ministry there I knew God was releasing healing to them and awakening their faith to know that He was going to release healing through them. The Lord greatly opposed Malaria and other sickness through the prophetic decree of God’s word and prayer. 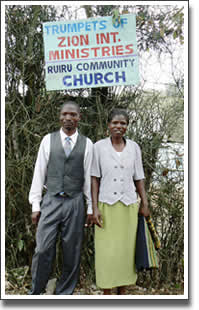 TOZ planted 3 more churches in the villages of Kenya. One of these churches was in the slums of Nairobi called Ruiru. As we were doing open-air crusade in Ruiru one night a young man was just passing by and heard the word. He came forward to be saved and was in church leadership seminar the next day. He had tried to commit suicide three days before. God is so good for He is going to use this young man. Others were healed and saved and much seed was planted there. Since November of 2006 God has used TOZ to touch leaders and reach people groups in 5 of the 8 provinces in Kenya. Only God could do that and to Him be all the glory. 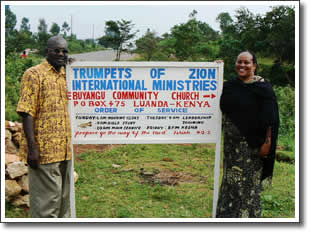 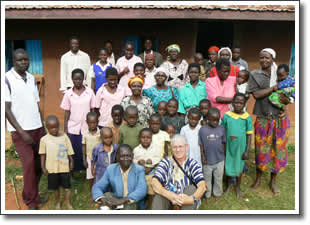 God uses Trumpets of Zion, as we stay weak enough in our own strength and humble enough to receive from Him fresh bread, oil and wine to give away. We know we are only one of many earthen vehicles who move with God to plant and water in the Kingdom of God. But it is” Christ alone” who is the treasure and power that gives the increase and deserves all the glory. So Lord we glory in you alone and the greatness of your works on the earth. May your name be exalted in all the earth.

Many friends and family were praying and fasting for us and gave funds that made this entire assignment possible. Without you none of this would have been. We thank God for you and know He rewards you for all this fruit as much as those of us who surrender our lives to go. Thank you so much. My prayer is that you will continue on this journey with us.

The Vision for Kenya